The News Breaks with the Cycles, Not the Other Way Around

“The room was humming harder
As the ceiling flew away.”
– A Whiter Shade of Pale, Procol Harum

“Everything in the universe moves in a rhythm. Nothing happens at random. The underlying factors are, in their turn, subject to the same rhythms as the final product. The whole is not the sum of the parts, but both the whole and the parts labor under similar influences.” – George Lindsay, market technician extraordinaire

Humans are hard-wired to respond to a mass form of progression and regression deep within the psyche in seemingly invisible but estimable ways.

They are not as invisible as the vast majority may think.

Back in the 1940s, an accountant, Ralph Elliot identified behavior patterns within the stock market which represented the larger collective patterns of society at large.

Before him was master trader W.D. Gann, who showed that markets are proportional and cyclical. Gann stated,“My calculations are based on the cycle theory and on mathematical sequences. Every movement in the market is the result of a natural law and of a Cause which exists long before the Effect takes place and can be determined years in advance. The future is but a repetition of the past, as the Bible plainly states.”

Many market participants have asked over the last decade… especially in the last year — “If markets are manipulated, how is it possible for normal cycles to take place?”

Many speculators argue that the market is a random walk and consequently markets can’t be timed, that past movement or trend of a stock price or market cannot be used to predict its future movement.

I think the answer to the question about markets being manipulated comes down to the time-frame you’re looking at. In the short run, clearly they can be manipulated.

For example, the market ripped higher on the runoff on Tuesday, front-running, the Chinese injection of liquidity in reducing the ratio of cash their banks must hold, that precipitated Thursday’s rally to new all-time highs in the SPX.

Despite being well aware of manipulation in the markets, Livermore stated, “There is nothing new in Wall Street. There can’t be because speculation is as old as the hills. Whatever happens in the stock market today has happened before and will happen again.”

Livermore went on to say, “Patterns repeat, because human nature hasn’t changed for thousands of years.”

Was the crash of 1929 a bear raid that got out of hand? With so many players on margin at the time and the market having gone vertical for 90 DAYS FOLLOWING A DECADE LONG RUN, the market provided a tempting target for the bears.

As the story goes, Joseph Kennedy, the President’s father, rented an apartment in NYC in the summer of 1929 and told his family he would be incommunicado.

He made a fortune in the crash.

How did he know?

There are funnymentals, but ultimately it comes down to supply and demand of positioning and how many players are off sides.

It comes down to supply and demand of emotions, psychology.

Most market participants will tell you the Fed and its liquidity injections dominate the market.

My belief is that psychology trumps liquidity.

It’s called pushing on a string.

At some point, no matter how much liquidity is injected, if sentiment is not inclined to buy, stocks will not rise.

The key phase is ‘at some point.' As W.D. Gann said, “Time is more important than price. Time turns trend.”

In other words, when time is up, the trend will turn. The trend doesn’t turn when price is up.

For the last month, readers of the Hit & Run report know that we have been eyeing January 3 as an idealized turning point for the blow-off the market has been in.

This is because historically many blow-offs have run around 90 calendar days.

The market has been in a runaway move since the October 3 low.

As I write this on Friday morning, the futures are down 45 points.

Yesterday after the close, a friend of mine asked if I still thought the market would get hit this year.

I replied I expect a minimum 20% decline in the first half of the year.

My reply was that the news breaks with the cycles, not the other way around.

So let’s take a look at some cycles.

Earlier this week on the Hit & Run private Twitter feed, we pointed to the first trading day of 1990.

The first day of 1990 opened with a large rally that proved to be a one day wonder.

It marked the high for many months.

That breakout was short-lived, striking a high in mid-July.

This 30 year cycle marked a war cycle which is still making reverberations today.

In my 30 plus year career, I have seen how true Gann’s statement is that markets play out in these 90 and 180 degree decrements of the natural 360 degree year.

You can’t make this stuff up.

The low in 1990 was the week of October 8. The blow-off move from last year started on October 3.

The 20 year cycle from the year 2000 also shows the DJIA topped in early January.

The NAZ went on to strike a bull market top on March 10.

The SPX struck its bull market top on March 24.

90 degrees from the early January top, the DJIA struck a top in April.

After 270 degrees, it struck a top in early September.

At that point, all the indices struck secondary highs in unison and a bear market started.

Notice the 180 degree time frame between the two lows of the year in 2000.

These ‘natural’ periods of 90 and 180 degrees are important to track in days, weeks, months and years.

Once again, the SPX struck a high in early January… on the week of January 11.

Interestingly, this was the date of the aforesaid high on January 11, 1973.

A sharp drop into early February gave rise to a sharp rally into early April prior to a waterfall decline.

I think April 2020 will be an important turning point.

Interestingly, April 1930 marked the top of a 6 month rally following the October 1929 crash.

In April 1930, President Herbert Hoover stated, “The worst is behind us.”

The worst was yet to come.

In keeping with the 90 day, week, month and year cycles, many market observers of history, myself included, were mindful that cycles may exert downside influence last October.

The SPX waterfalled 140 points in the first 3 trading days of October 2019.

However, it reversed on a dime on October 3, breaking out to a new ATH above the July top at month end.

You don’t think the Fed is aware of technicals that could affect the market?

It’s been in a runaway move ever since tracing out no more than 2 to 3 days against the underlying trend.

In league with the time-frame of January 3 being on our radar as a place to look for a change in trend, a week ago we flagged 3249 as pivotal. 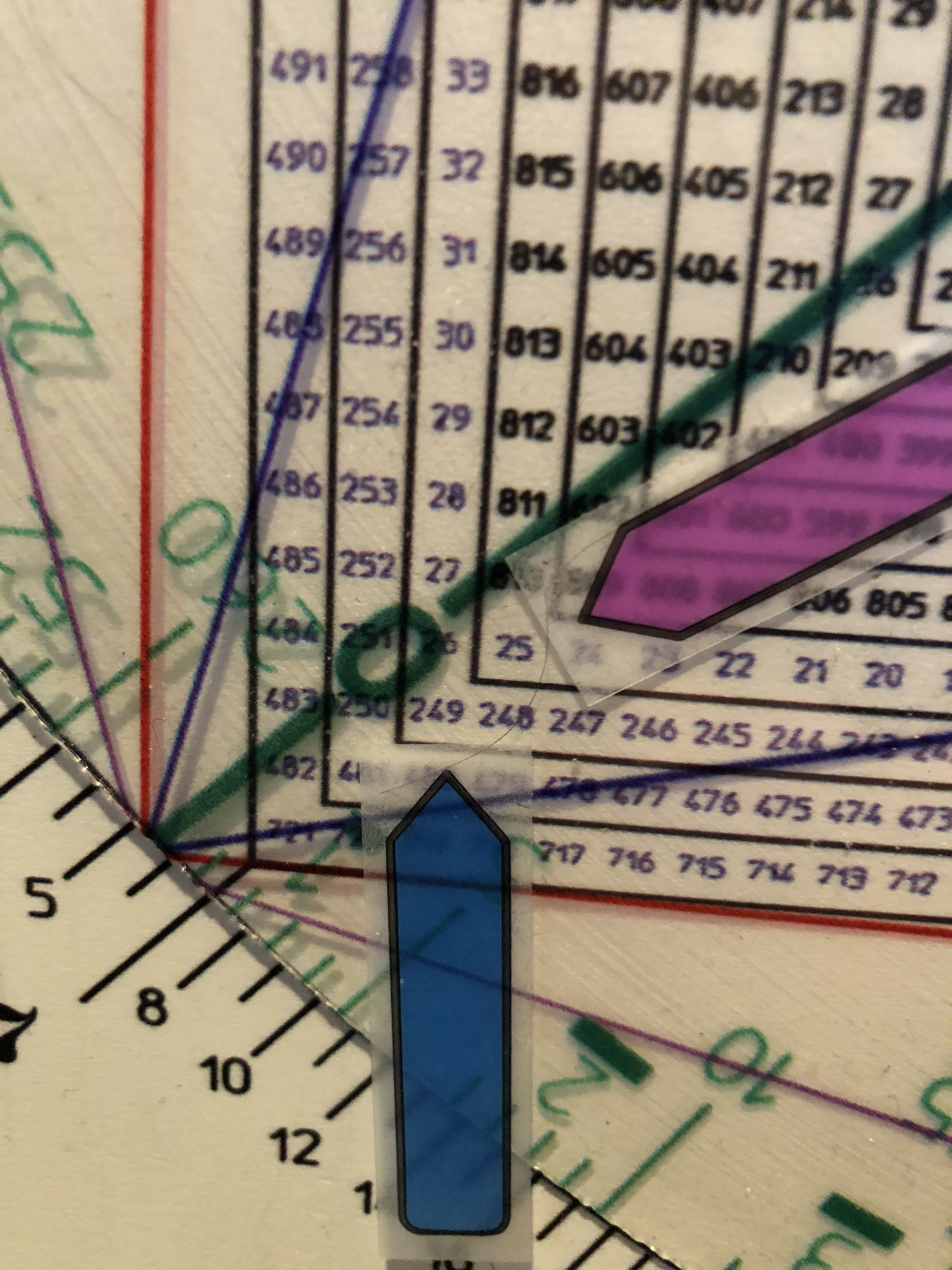 A late day spike saw the SPX push nominally above 3249.

The index has obviously lost that region with authority this morning.

There are 3 interesting things about the chart shown below

1) This week the SPX carved out an outside up week. It shows a lower low and a higher high.

Consequently, trade back below this weeks 3212 low will trigger a Reversal of a Reversal sell signal — or what I call a Kaiser Soze — because the bull's greatest trick is to make you think the bear doesn’t exist.

2) After breaking out in late October, the index backtested the breakout point. This occurred at 3070 SPX.

This is a critical region. A failure back below this successful test is a change in complexion in the market.

I hope the above gives some insight as to how the markets are synchronous and proportional.

I think it will be important to observe the market following a decade long run and a 90 day blow-off as we may have mirrored the 90 Year Cycle from the decade of the 1920s.

Strategy. I find it remarkable listening to the financial networks how many strategists are pointing to another big year based on the January indicator yesterday — extrapolating recent gains and yesterday’s spike as evidence of the power of the January Indicator.

What about the January Indicator in 2018? The market was on fire throughout January 2018. According to the indicator, it forecast a strong 2018.

The key in 2018 is what I call the December indicator. When the market drops below its December low in January/February, it points the way lower and a difficult year.

Interestingly, last December’s low is the big 3070 pivot referred to above. This is the bull/bear pivot for 2020.

FREE eBook: Unlock the Secrets of the Square of 9...

99.999% of traders have never even seen the Square of 9... let alone understand its potential.

Do you dare to be different?