Fun fact: the Fed’s job is not to make the stock market go up.

Believe it or not, the Central Bank doesn’t care about your 401K balance.

So what is the purpose of the Federal Reserve system in the U.S., and how did it come to be?

We’re gonna talk about that and a whole lot more today: 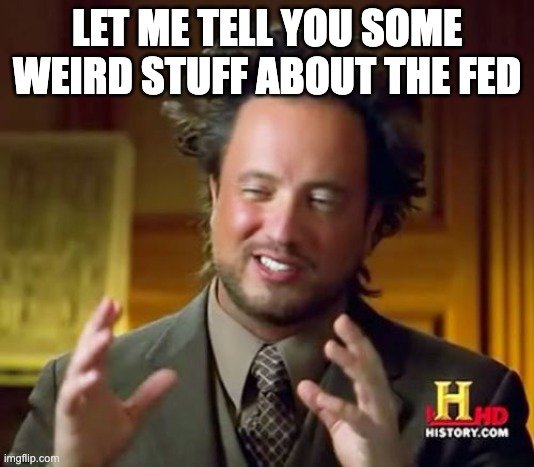 The U.S. Federal Reserve system was born out of a secret meeting disguised as a duck hunting trip on Jekyll Island off the Coast of Georgia.

No wonder there's so many conspiracy theories about the Fed…

But the trip wasn’t for hunting. The group was meeting to establish a framework to centralize the U.S. banking system.

JP Morgan was a member of the club and is believed to have arranged for them to use the clubhouse.

The meeting came in the wake of a series of U.S. financial crises, including The Panic of 1907, and was kept secret to avoid controversy over banking executives being involved in reforming the banking system.

Aldrich took the group’s ideas back to the National Monetary Commission established by Congress to study reforms of the banking system.

After three years of debate, Congress passed the Federal Reserve Act in late 1913.

President Woodrow Wilson signed it into law on December 23, 1913, creating the Federal Reserve System simply referred to as “The Fed” or “The Central Bank” today.

And the Jekyll Island meeting? Participants did not publicly admit it happened until the 1930's.

But it’s more than just one big bank.

There Are 12 Federal Reserve Banks

The Fed is more than just the central bank located in Washington, D.C.

The system consists of regional Federal Reserve Banks in 12 districts:

Each regional bank has its own nine-member board of directors who appoints a president, subject to the approval of the larger Federal Reserve Board of Governors.

Each president serves on the Federal Open Market Committee which sets monetary policy, including interest rates.

The New York Fed is the Most Important District

The Federal Reserve Bank of New York is the most important district and is the only regional bank with a permanent voting position on the Federal Open Market Committee.

New York is the bank that actually implements the policies decided by the FOMC.

The Fed System Has a Board of Governors

In addition to the regional Fed presidents, the U.S. Federal Reserve system has a seven member Board of Governors.

All seven members are nominated by the U.S. President and confirmed by the Senate for a 14-year term.

Their terms are staggered, with one of the seven expiring every two years on January 31.

This stagger is meant to create political independence at the Fed by ensuring one President cannot “stack” the board with members of a particular political persuasion.

A Fed Governor cannot be reappointed after serving a full 14-year term.

The President chooses the Federal Reserve Chair and Vice Chair for four-year terms out of the members of the board.

The Chair and Vice Chair can serve multiple terms throughout their 14-year board term.

The FOMC Was Not Established Until 1935

The Banking Act of 1935 established the Federal Open Market Committee (FOMC) as the policy decision body of the Federal Reserve.

Before this, the 12 Fed regional banks worked together to decide monetary policy each year.

The FOMC consists of all seven members of the Board of Governors and the 12 regional Fed presidents.

But the 12 presidents don’t all have a voting seat at every meeting.

The seven Fed Governors and the New York Fed all have permanent voting positions.

The other 11 regional presidents serve on a rotating schedule in the other 4 voting seats on the FOMC.

The rotation schedule is as follows:

Each voting member serves a one-year term in the seat before it rotates to the next one in line for their seat.

By tradition, the Fed Chair is elected by the FOMC as its chair and the New York Fed president is elected the FOMC vice chair.

The Fed Has a Dual Mandate

You might be surprised to learn the Fed’s job isn’t to make the stock market go up.

In 1977, the Fed was given a mandate from Congress to “promote effectively the goals of maximum employment, stable prices, and moderate long term interest rates.”

Although that’s actually three goals, this is often referred to as the bank’s “dual mandate”.

In plain English, that means the Fed’s purpose is to ensure economic conditions in the U.S. are conducive to a fully-employed labor market with stable inflation.

They accomplish these goals by changing interest rates and manipulating how much cash is circulating through the economy. 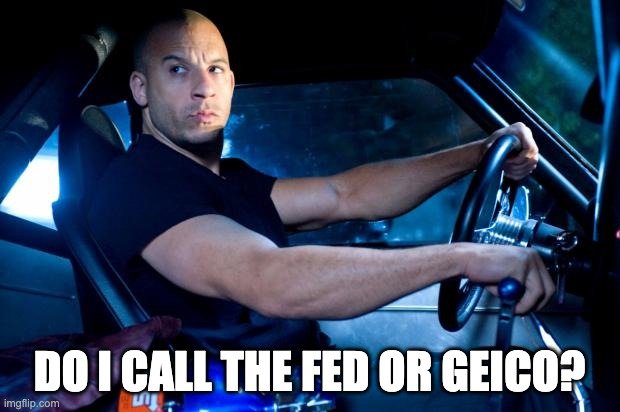 The Fed’s most widely used tool is interest rates.

But we’re not talking about the rate on your mortgage or car loan.

The interest rate set by the Fed is the federal funds rate, which directly impacts banks, and then consumers down the line.

Commercial banks lend each other money for short periods in order to meet the cash reserve requirements from the Fed.

These are typically one-night loans.

But when one bank sends another money, the recipient bank must send the cash back the next day with interest.

The rate on that interest is the federal funds rate, which is decided by the FOMC.

So even though the Fed doesn’t decide the interest rate on your car loan, banks use the federal funds rate to determine those rates too.

When the federal funds rate is low, so are consumer interest rates.

And when the federal funds rate rises, so do consumer interest rates.

This meme is entertaining… but not exactly accurate. The Fed does not actually print cash.

That happens at the Treasury Department where the Bureau of Engraving and Printing makes cash. The U.S. mint makes coins.

So what does the above meme refer to? Asset purchases.

This is how the Fed manipulates how much cash is circulating through the economy.

When the Fed buys a security from a bank, the bank is given a check from the Fed.

When the bank deposits that check, their cash reserve goes up.

Then that cash is available for the bank to give to consumers in the form of loans, thus putting more money out into the economy.

Asset purchases hit a record high during the pandemic as many Americans lost their jobs and were forced to spend their savings.

But pulling that money out of the bank then meant the banks had less cash on hand and risked falling short of their reserve requirements.

So the Fed dropped the federal funds rate to near zero, encouraging more banks to lend cash to each other overnight.

And they also increased asset purchases to give banks more cash to then loan to consumers during the pandemic.

The Fed Chair is a Member of the Plunge Protection Team

“Plunge Protection Team” is a nickname for the Working Group on Financial Markets.

The group was created in the wake of the 1987 stock market crash via an executive order by President Ronald Reagan in 1988.

Their official purpose is to advise the President on financial and economic issues during turbulent times.

The group includes the Treasury Secretary, the Fed Chair, the SEC Chair, and the CFTC Chair.

When Reagan created the group, they were tasked with studying what caused Black Monday and what actions should be taken to avoid future catastrophes like it.

But the PPT has been accused of going beyond just advising the President.

At one point in that session, the Dow was down more than 350 points.

But the market rallied in the last 15 minutes of trade and the Dow closed 565 points higher.

That was a 900+ point turn around in just one day.

One might think that was the work of the Plunge Protection Team stepping in to save the market.

But the group denies it has that kind of influence.

So there you have it. The idea for the Fed really started in a secret meeting on Jekyll Island and the Plunge Protection Team is real.

Wondering anything else about the central bank? Let us know in the comments!

Really informative Greta- thanks for creating and sharing. As traders we hear about the Fed every day but I’m sure most of us have no idea how it works. Thanks again.